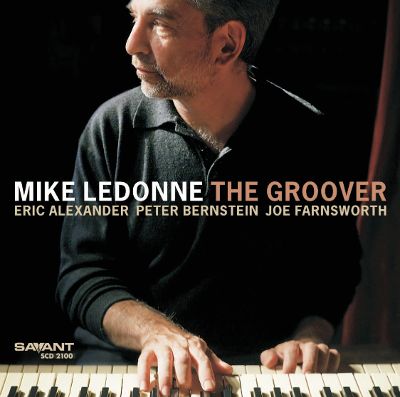 The Groovers are Coming! 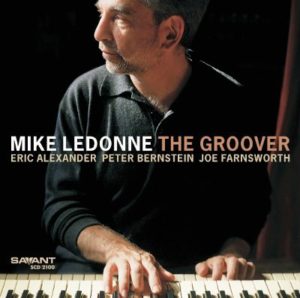 This will be an exciting concert featuring the world-class talents of:

This band has been performing regularly, every Tuesday night, at New York's Smoke Jazz club since the late 90's.

Recalling the hard swinging sounds of the great organ jazz groups of the 60s and 70s, here's a sample of the hard grooving music you can expect to hear from this outstanding group:

Do not miss this incredible band featuring four of New York's finest!

*If the concerts are sold out, make sure to email Lisa Buck via the website asap so you can get on the waitlist in case any tickets come available!*

Here's more on the accomplishments of the leader of this group, organist Mike LeDonne (from his website: www.mikeledonne.net):

Mike LeDonne started playing piano at the age of 5 and was raised in his parent’s music store. By the age of 10 his father, a jazz guitarist, began booking him on gigs. He is now an internationally renowned pianist and organist with the unique experience of having played with a wide spectrum of jazz masters from Benny Goodman to Milt Jackson and Sonny Rollins. He has won praise not only from critics but from master musicians: Oscar Peterson picked him as one of his favorite pianists of today.

At age 21, Mike graduated from New England Conservatory in 1979 and moved to New York City with the Widespread Jazz Orchestra. In 1981, he left Widespread to travel to the UK with Panama Francis and the Savoy Sultans. On returning, he began a two-year stint as the house pianist at Jimmy Ryan’s, then one of New York’ s oldest jazz clubs. It was there that he came under the influence of and played with many old masters such as Roy Eldridge, Papa Jo Jones and Vic Dickenson. He spent 1982-1983 with the Benny Goodman sextet and went on to play with Buddy Tate, Al Grey, Ruby Braff and many others. Later he worked 1 year with the Art Farmer-Clifford Jordan Quintet, went to Paris with Grady Tate, and played with more modern masters like James Moody, Dizzy Gillespie, Stanley Turrentine, Charles McPherson, Sonny Rollins and Bobby Hutcherson. He also spent time as accompanist to singers Ernestine Anderson, Annie Ross and Etta Jones.

In 1988 he started playing with the Milt Jackson Quartet (along with Mickey Roker and Bob Cranshaw). Mr. Jackson recorded Mike’s compositions and arrangements. Mike also became the band’s musical director. In the fall of 1992, Mike was chosen to be part of a group of top young musicians for the Phillip Morris Superband World Tour. Mike served as musical director for that group, which featured Ryan Kisor on trumpet, Joshua Redman on tenor saxophone, Jesse Davis on alto saxophone, Christian McBride on bass and Lewis Nash at the drums. Around this time, Mike toured with the Newport All-Stars in lineups that featured Harry “Sweets” Edison and Clark Terry. Mike has been playing and recording with Benny Golson since 1997. He has also been leading trios that have included greats like Ron Carter, Jimmy Cobb, Billy Hart, Pete LaRoca and Louis Hayes.

In 2003 Mike recorded his first CD as a leader on the Hammond Organ, an instrument he’s been playing since he was 10. It documented the music of his organ band The Groover Quartet with Eric Alexander, Peter Bernstein and Joe Farnsworth. The CD went to #1 and together they’ve held down a now legendary gig on Tuesday nights at Smoke in NYC. He has since released 3 more CD’s of this band, on the Savant label, which he calls The Groover Quartet. They’ve toured in Europe and Japan as well as the States. Mike also caught the ears of George Coleman, Lou Donaldson and David Fathead Newman who all hired him to play organ in their bands. The Jazz Journalists Association nominated Mike for Best Keyboards 2012 for his “Keep The Faith” CD. Also in 2012, Mike won the Downbeat Rising Star Award for Organ.

Mike is the co-author of Jim Snidero’s Jazz Conception for Piano and Piano Comping books, on Advance Music. In Sept. In 2002 he joined the faculty at the Juilliard School of Music and spent 4 years there. He is also one of the founders of the Jazz For Teens program at the New Jersey Performing Arts Center in Newark, N.J.