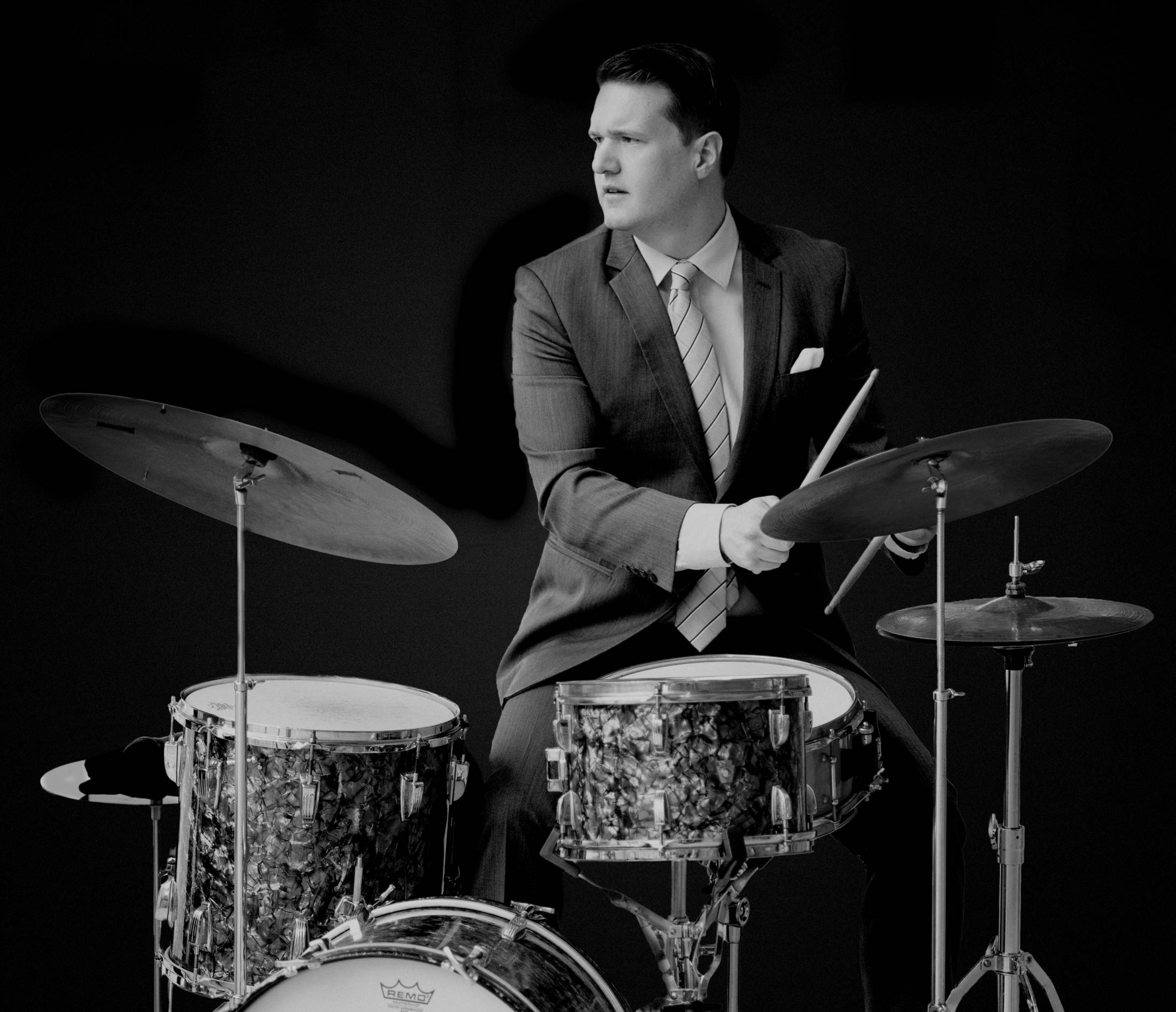 Four On The Floor: Morgan Childs on the roots of his vibe, and projects new and old 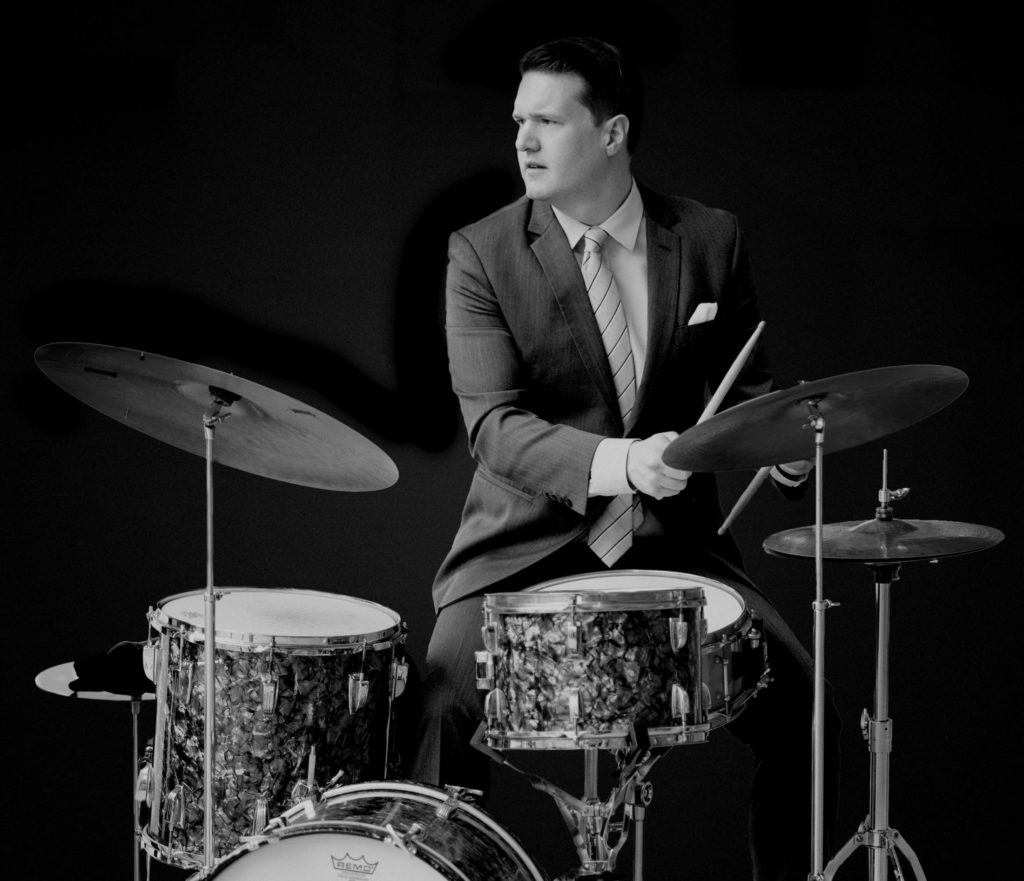 Jon McCaslin is a Calgary-based drummer and author of Four On The Floor, a popular jazz drumming blog.

1) Tell us about your latest recording and touring project!

I’m excited to be working with three exciting groups in January. I’ve put together a Vancouver-based quartet with Steve Kaldestad (tenor sax), John Stetch (piano), and André Lachance (bass) for a gig at Frankie’s in Vancouver on January 10th, then I have some dates on Vancouver Island where I have recruited some old friends; Dr. Patrick Boyle (trumpet), Ryan Oliver (tenor sax) and the phenomenal young multi-instrumentalist John Lee is going to play bass at Simon Holt in Nanaimo, at the Avalanche in Courtenay, and down at Pat’s House of Jazz in Crofton. After that’s done, I start a driving tour with a group I co-lead with Ben Bishop (guitar), and Jeff McLeod (Hammond organ). We are called the BMC Organ Trio. We play some classic organ jazz repertoire as well as writing original music for the group. We haven’t made a record yet, but that will be coming sometime in the future, for sure. That band is touring Alberta, Eastern BC and Saskatchewan, playing some of the great clubs out west like the Yardbird Suite and Bassment, in addition to our now-sold-out gig at Buckingjam Palace in Calgary.

2) How did you choose your repertoire and sidemen?

I think it’s important to make music with people who you admire. It’s nice to have a combination of some familiarity and some unknown factors; that creates energy and excitement on stage. In terms of the repertoire, I tend to think of sets of music to create a certain vibe for the listener. I want the experience of listening to my groups to be detailed and intriguing for the listener, and I want the musicians to feel like they are free to express themselves in THEIR way. That’s very important to me… to honour the contribution of the musicians by finding music that suits a certain facet of their musical voice.

In the case of the organ trio, I have a pretty long history of playing with Hammond organ, and have a love for the instrument. I got to hear and play with the late great Bob Murphy quite a bit when I lived in Vancouver, as well as Chris Gestrin, Vanessa Rodrigues, Barbara Dennerlein and Bernie Senensky at various and ongoing points in my life. When Jeff and Ben moved to Toronto around the same time, we had already talked about forming a group and working up some repertoire so it was a natural fit. I admire the depth of knowledge and dedication they both have.

3) What inspired you to pursue the vibe and instrumentation that you did?

My dad is a big Kenny Burrell fan, and Kenny made a whole pile of great organ records with Jimmy Smith in the 60s, so I grew up around some of that music. My dad also played bass in an RnB band when I was growing up, so he was super into the Stax sound in particular—very committed to playing a Fender P bass with flat wound strings like Donald “Duck” Dunn, and Booker T and the MGs was an early influence on me--playing along with those records and trying to sound like Al Jackson Jr! I got to see Booker T and Jimmy McGriff on a double bill when I was still in high school, with Leon “Ndugu” Chancler on drums—now that’ll make an impression! The great thing about the Hammond is that you can play some serious bebop on it like Jimmy Smith, or get really funky like Grant Green or the Sugarman 3. I love swinging hard and I also love playing funk, so I think playing organ jazz suits my musical personality. You can do anything you want!

4) Was there a particular message you were trying to convey to the listener?

Music is generally connected to a lot of positive emotions I think, positive memories, and often memories and feelings that people hold really close. It’s nice if it’s a positive, good feeling you can create for people. I find it really interesting that listening to music is a totally subjective experience, so you try to get into a space where you are expressing yourself honestly and to the best of your abilities, and hope that the people who are hearing it can have some meaningful association with what you’re doing.

5) Who are your influences with regards to this style of writing and playing?

Over the last few years I’ve taken some lessons with Kenny Washington, who has refined my understanding of the Wilcoxin book a great deal. I’ve usually got one or more of those solos on the go and continue to work at it and hone my abilities there. I’m eternally grateful for Kenny’s patience as a teacher, and how much he has demystified the purpose of those exercises for me. I keep a little notebook where I write out ideas, aiming for simplicity and clarity in my phrasing. Lately I’ve been revisiting a lot of Tony Williams and Billy Higgins albums. I listen quite a bit to these field recordings of the Ewe and Ashanti peoples of West Africa, which were collected by Mark Seidenfeld and released on John Zorn’s Avant label under the name “Drums of Death”. In that music, I hear some fundamental DNA of the polyrhythmic drum language that represents some of the more mystical aspects of jazz rhythm. I spend a lot of time thinking about how to create contrasting expressions of rhythmic power, within my own playing and also as a contrast to the other musicians I’m playing with. Billy Higgins has been on my mind a lot lately, the compelling force of his ride cymbal beat, and the world of polyrhythmic expression he inhabited so fully. How does one create something so compelling and powerful that exists in such a gentle way? I am attempting to think about music from these different angles that are analytical, but also sort of abstract.

7) What other current and future projects do you have on the go at the moment?

The quartet that travelled to Lviv, Ukraine to play for Canada Day has become a unit under the co-leadership of Jake Koffman (as), and Nathan Hiltz (g), with Mark Godfrey on bass. We’ll be booking some gigs this spring and summer and releasing an EP. I know Amanda Tosoff is planning a follow up to her Juno-nominated “Words” album, and I’m excited to be a part of that. In May I’ll be travelling to England to play with Scottish saxophonist and clarinettist John Burgess. I have regular gigs around Toronto that are ongoing. Other than that, I’ll continue to make music with as many different musicians as I can!

8) How do the drums and your overall approach to rhythm factor into your compositions and concept?

Not very much, actually… that’s an interesting question. I don’t usually start compositions from a rhythmic concept. I’m usually trying to hear a melody first, and see where that leads my ear. I don’t usually write things to feature the drums, I think about what a set of music might need and write something to fit a mood.

9) What drummers (or other musicians) do you consider as influences?

I mentioned many of my favourite drummers earlier… speaking more broadly of music, I’d say Freddie Hubbard and Herbie Hancock are two musicians whose influence I can pinpoint in my own playing and writing.

10) What advice do you have for younger, aspiring jazz musicians?

Train your ears to hear the tiny, fractional details that make the music what it is. If you find a certain sound compelling, investigate it fully and find out what makes it what it is. Take your time and be patient with yourself.